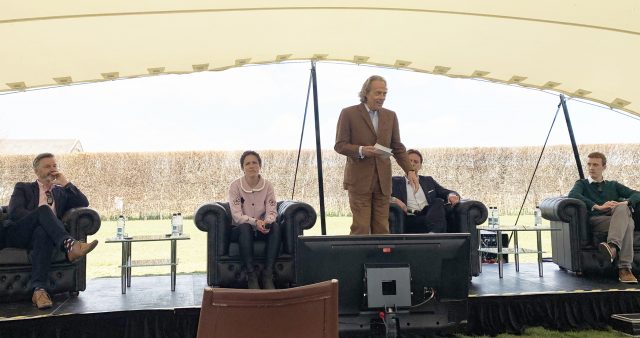 The SMMT has called out the government’s approach to EV funding in the wake of the recent cut to the plug-in car grant.

Speaking yesterday (Apr 20) at a talk on electric cars at the Goodwood Motor Circuit near Chichester, chief executive Mike Hawes said the cut in funding for new battery-powered models was counter-productive if the government wanted drivers to make the change.

‘It will become that much harder to get the allocation of [electric] vehicles into the country if we want to stimulate demand if we’re constantly on the back foot because we have a less competitive offering.

‘So we need to see a range of support measures and incentives in place.’

A ban on the sale of new petrol and diesel cars is coming into effect in 2030.

Hawes added: ‘We expect demand for EVs to rise pretty steeply, but even with that increase, when we get to 2030, we will not meet the total expectations that the government has to reach its climate change targets.’

He said the UK was ‘pursuing an entirely different path to the rest of Europe’ when it came to electric cars.

Hawes highlighted countries such as Germany and France, where grants of up to £9,000 are available to help drivers make the switch to zero-emissions models.

Scrappage schemes are also available in several European nations to get motorists out of their older polluting models.

Last month, the government suddenly announced that the grant for EVs was being cut from £3,000 to £2,500 with immediate effect.

It also targeted new electric cars costing less than £35,000 – previously models available up to £50,000 were included.

With such little warning and previous consultation, it shocked many across the industry.

Neil McCue, chief operating officer at Snows Motor Group, told Car Dealer at the time: ‘We can’t understand why they’re trying to push electric vehicles but now coming out with this and not supporting them as they should be.’

With a number of electric models quickly getting more expensive without the grant, a range of manufacturers have cut prices to ensure they continue to be able to qualify for the grant.

Popular models such as the Nissan Leaf, BMW i3 and Kia e-Niro have all had their prices slashed.