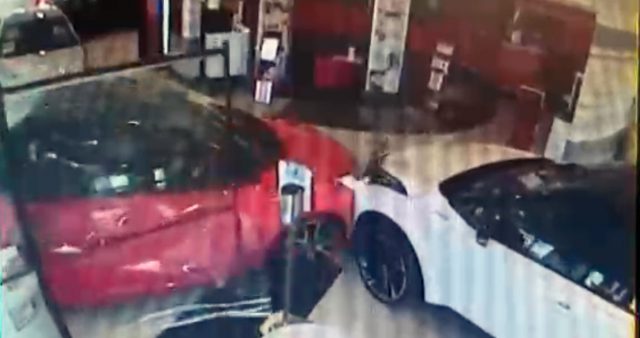 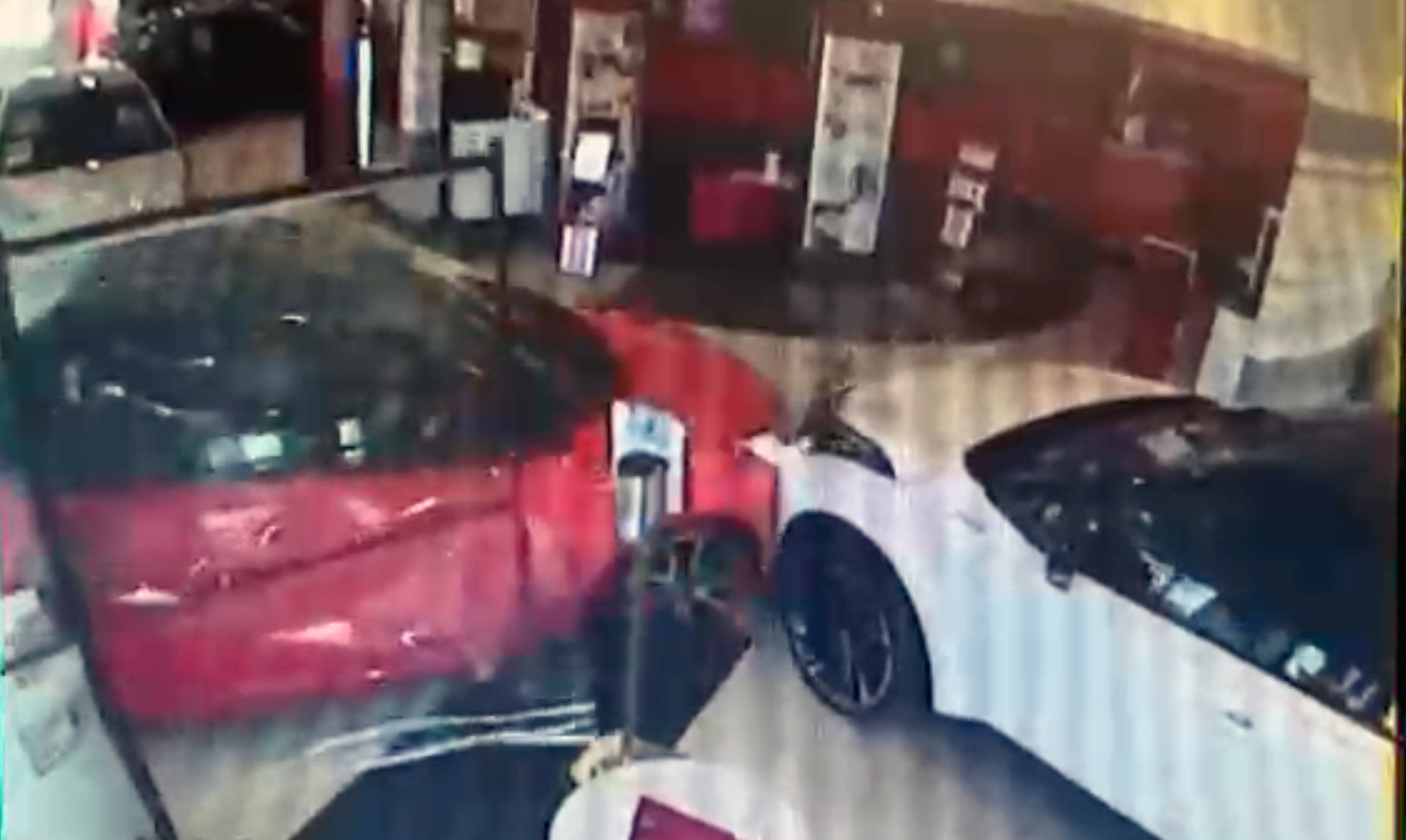 A sales person had a narrow escape at the weekend when a customer driving a Toyota Yaris demonstrator ploughed through the showroom’s front.

The incident at Bentleys Warrington on Saturday morning (Apr 17) was caught on the Manchester Road showroom’s CCTV and uploaded to LinkedIn today (Apr 19) by Bentleys Motor Group chairman Stephen Langley.

It shows the member of staff jumping out of the way as the red automatic crashes in and clips another vehicle before coming to a halt.

The Yaris is then pushed back a few feet to enable the occupants to get out.

An employee pulls open the driver’s door, but although the elderly customer was left shocked by the incident, she was able to get out of the car unaided. She is then led away and comforted by the employee.

The Bentleys employee who was with her on the test drive was also able to get out without any help.

Ironically, it happened just days after the showroom had reopening to the public following the easing of lockdown restrictions.

Speaking to Car Dealer, Langley – who also saw it happen in real time via a LinkedIn feed – said everyone involved had been extremely lucky.

He added that it was even more fortunate the accident hadn’t happened during the week, when there would have been more people in, with service customers as well – it was just open for sales on Saturday.

‘That could have been very dangerous,’ he said.

‘The customer had tried to go out in our demonstrator, started it up, and unfortunately hit the throttle and went straight through the showroom window, hit another car and just narrowly avoided one of my staff.

‘He got a couple of cuts on his arm from flying glass but apart from that he’s fine. He was very lucky actually, as it could have ended very nastily.

‘I’m very pleased that nobody was seriously injured, because somebody could have been killed.

‘It’s one of those things that you never think is going to happen to you – it always happens to someone else’s business, but not this time, obviously.’

Despite some disruption to sales in the morning, the Manchester Road showroom was busily back in action by the afternoon.

The debris was cleared and the front of the showroom boarded up, with the window frames and windows due to be replaced in the next few days.

The Yaris is expected to be written off, but there are no hard feelings on the part of the dealership – it has checked again to make sure the elderly woman is OK, and a member of staff will be taking flowers round, Langley told Car Dealer.

‘It’s just one of those things. We’re just delighted that nobody was seriously injured.’

The post Lucky escapes at dealership as customer crashes through front while in Yaris demonstrator appeared first on Car Dealer Magazine.