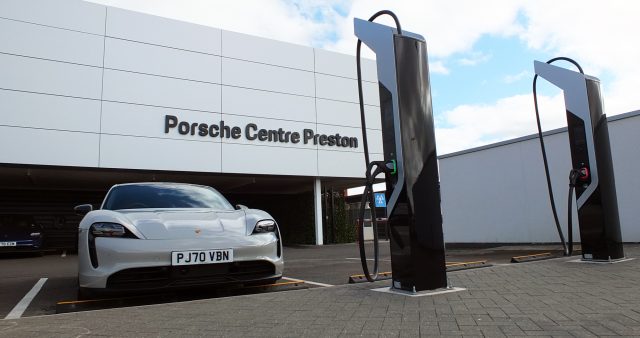 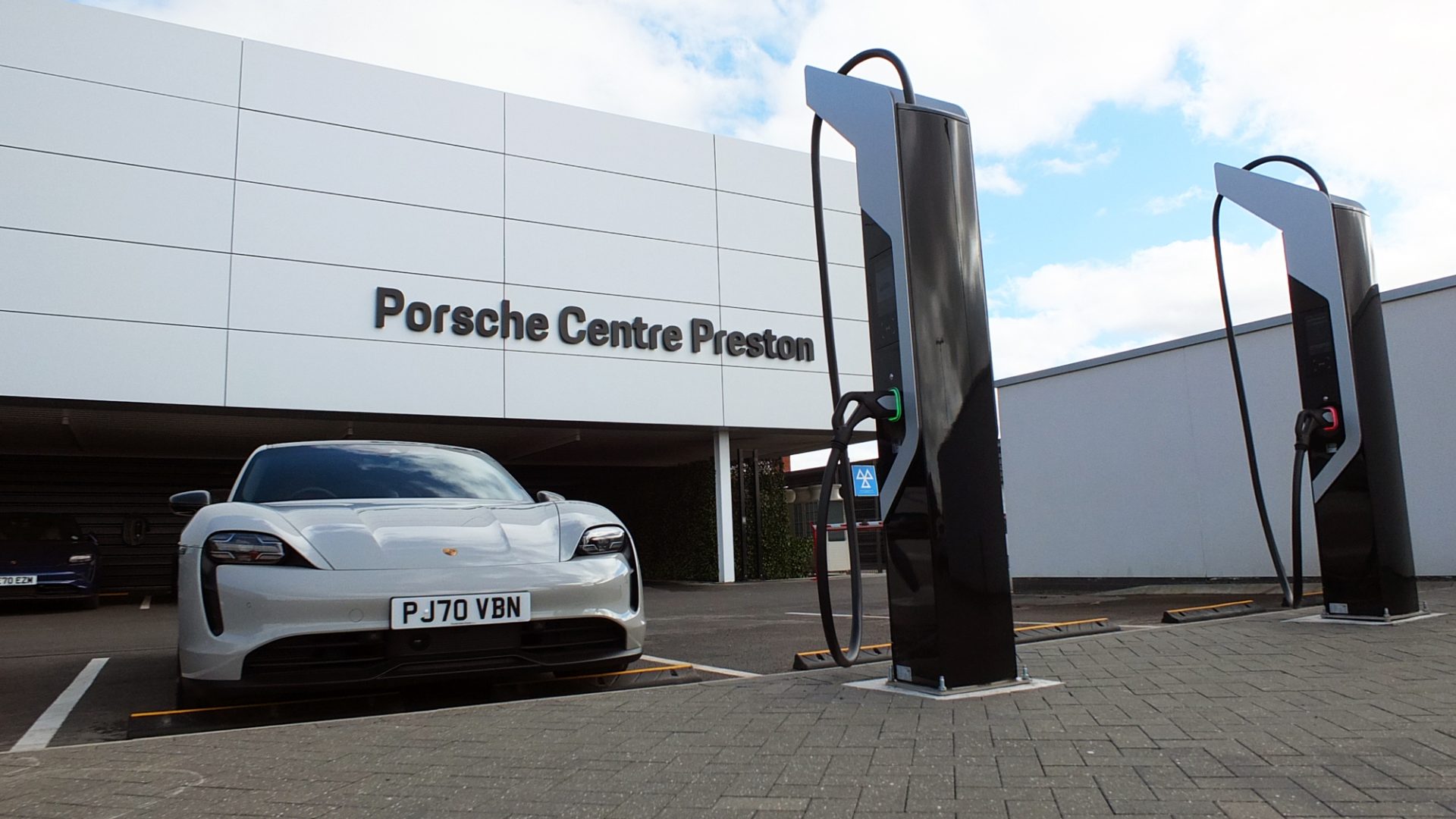 Porsche Centre Preston’s boss has spoken of his pride at the showroom becoming the first of its kind in the UK to have new ultra-high-speed charging points.

It has installed two Porsche CBX 150kW Turbo Chargers, with each one taking just five minutes to give a Taycan enough juice to travel 62 miles.

Because they can repower at such a high rate, the chargers have to be liquid-cooled from a main control unit.

Centre principal Tom Fox said: ‘We are proud that Preston was chosen as the first Porsche Turbo Charger installation in the UK.

‘Our new ultra-high-speed charging points offer a glimpse into the future of electric motoring here in the north-west.

‘This is the very latest technology, meaning cars can be charged much quicker than before. And a fully charged battery on the new Taycan, for example, is capable of a range of 225 miles.’

The installation at Porsche Centre Preston is part of a continued investment in charging infrastructure across the region.

The Moor Hall installation is part of a commercial partnership between the two-star Michelin restaurant and the Porsche showroom.