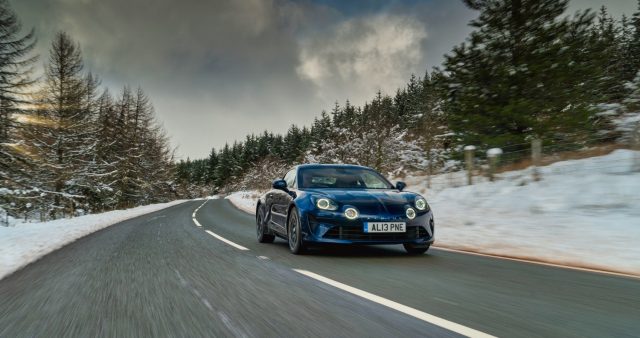 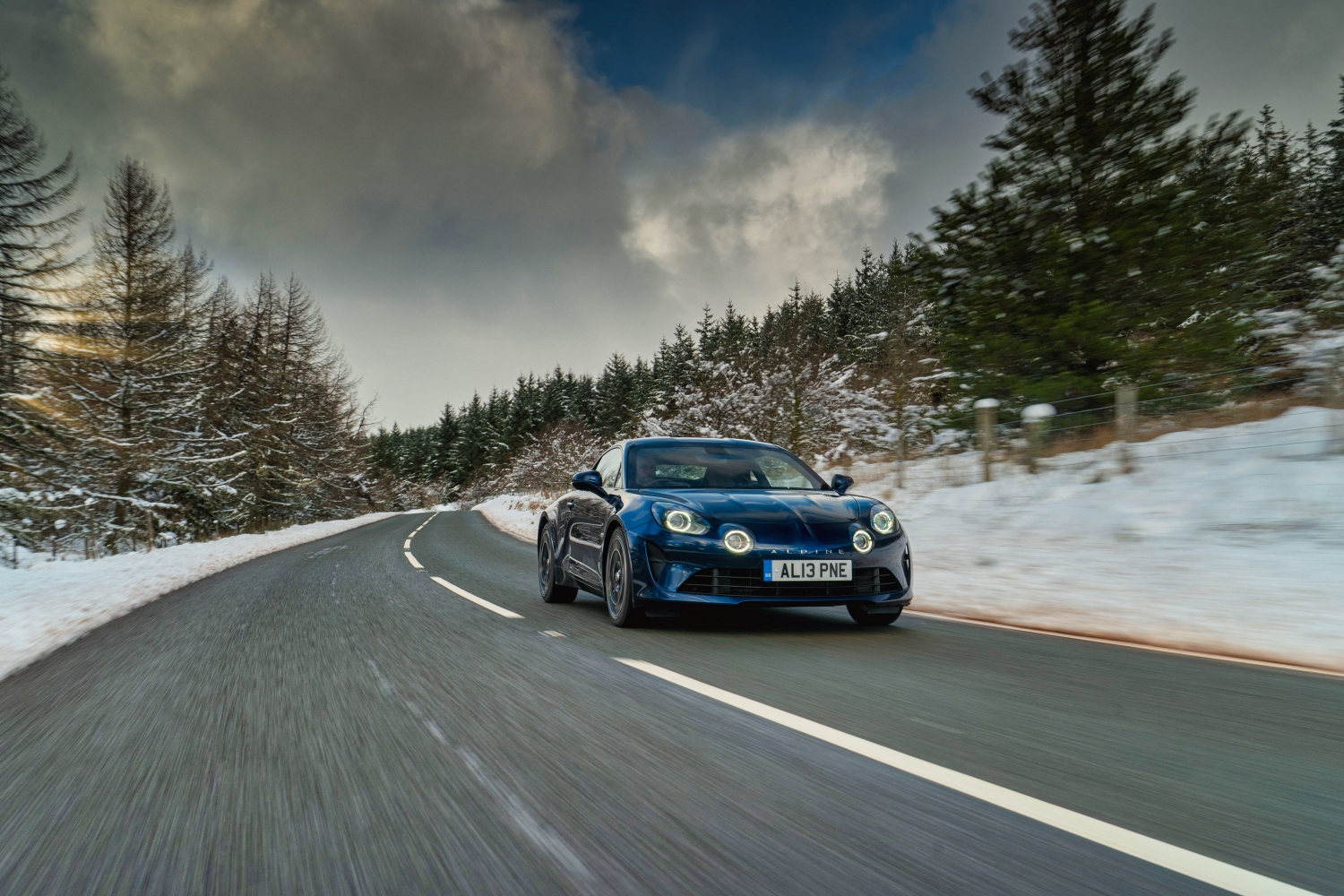 The Alpine A110 is back, updated and raring to go. However, this time the Renault spin off is focussing its efforts on making the sports car more comfortable. Jack Evans finds out if it’s done the job

Time has raced by since the Alpine A110 first hit the scene back in 2017, hasn’t it? It took the motoring world by storm thanks to its attitude towards lightness and driver involvement, becoming a firm favourite with the motoring press around the world.

Arrive at the present day and not an awful lot has changed. Alpine introduced a harder, more focused variant – the A110S – but apart from that, the A110 has remained much the same. But to check out how it feels today, we’ve been testing out the more comfort-orientated Legende version to see how it gets on.

Alpine has resisted the urge to fit the Legende with the more powerful engine nor the stiffer springs you’d find in the A110s, instead majoring on comfort and outright useability. It’s why the cabin features a series of high-end touches – but we’ll come to those in more detail shortly.

Alpine hasn’t messed around with the general layout of the car, either, as it was always one of the standout aspects of the whole car. The steering wheel, for instance, is still brilliantly positioned. 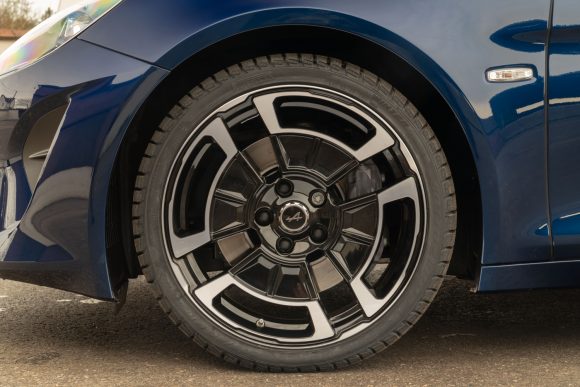 The A110 makes use of a brawny, 1.8-litre turbocharged engine which is positioned right in the middle of the car. It’s the same as the one you’ll find powering Renault’s Megane R.S., and here produces 248bhp and 320Nm of torque. Driving the rear wheels through a seven-speed dual-clutch transmission, it’s enough power to send the featherweight A110 from 0-60mph in 4.4 seconds and on to a top speed of 155mph.

Despite that more-than-brisk performance, the A110 should return up to 44mpg, while its CO2 emissions of 156g/km aren’t too bad either. This fuel-sipping ability certainly gives the A110 more of a touring range than you might expect.

Though the inclusion of more luxurious seats on this Legende model does help to elevate the whole experience, they needn’t be fitted in order to improve the way the A110 drives, because it had that nailed already. The steering is light and quick which gives the whole car a sense of immediacy, while the torquey engine is responsive and surprisingly characterful for a turbocharged unit.

Though we’d like the seating position to be slightly lower, the way the A110 drives is superb. A relatively soft suspension setup means you get a certain amount of roll through the bends, but this results in an ability to float over imperfections in the surface with little fuss – something particularly useful over the UK’s lunar-like roads. 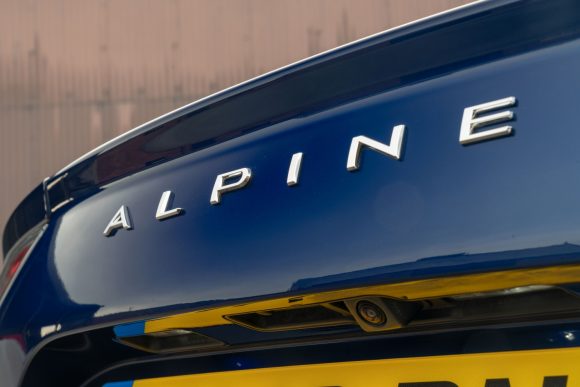 The exterior of this new-age Alpine has been designed to hark back to the original A110 and it’s a definite success. Far from being some half-cocked throwback, the A110’s design is special and well-executed with plenty of intricate details to take in. We like the Alpine badges on the flanks, for instance, while the four-light headlights look like nothing else on the road today.

Around the back, the A110’s short, stubby rump gives the car a more squat look. The car’s proportions in general are tiny – and it’s only when you see one in the metal that you realise just how compact this car is. It’s refreshing, considering how large most other new cars are becoming.

It’s in the cabin where the majority of changes come as a result of this Legende specification. The seats are trimmed in soft brown leather, while the door panels – along with the headrests – are quilted for an even more luxurious feel. The seats in our car were heated – for an extra £420 – but you could certainly manage without this option, as the A110’s cabin feels snug enough as it is.

Storage remains a sticky issue for the Alpine. There are just 100 litres of storage in the nose, backed by 96 litres in the tiny back section. It’s enough space for a few soft bags or shopping, but not an awful lot more, that’s for sure. 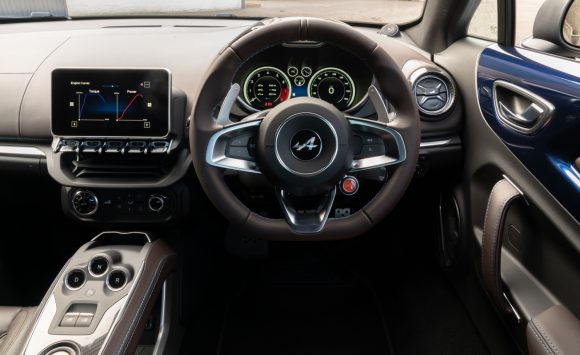 The A110 has never been a car overburdened by equipment and this is much the same for this Legende version. Our car did benefit from an upgraded Focal audio system which, at £552 seems well worth the money. It adds a pair of tweets and provides an excellent sound, with the bass response being particularly good.

However, the seven-inch touchscreen system is a weak point in the whole setup. When the Alpine first arrived we could forgive the laggy system, but in the present day, it’s so far behind current rivals that it’s just annoying. Even pairing a phone took far more time than is normally necessary.

The A110 has always been a super sports car and will go down as one of the all-time greats, that’s for sure. The engine, gearbox and chassis balance are all exceptional, and it results in a package that would be difficult not to enjoy.

This Legende model only refines the experience and though some might be tempted to go for the bare-bones Pure version, we argue that the added comfort and accessibility that this model brings is well worth the £4,250 price premium.

Facts at a glance