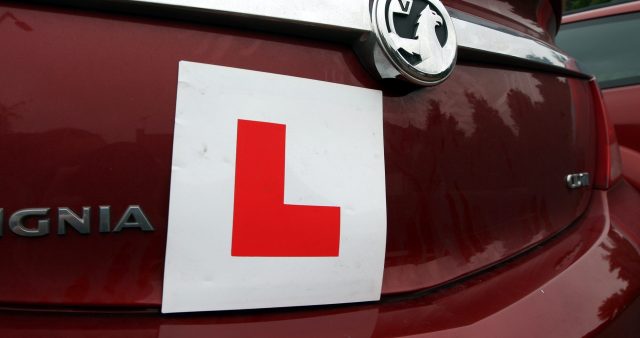 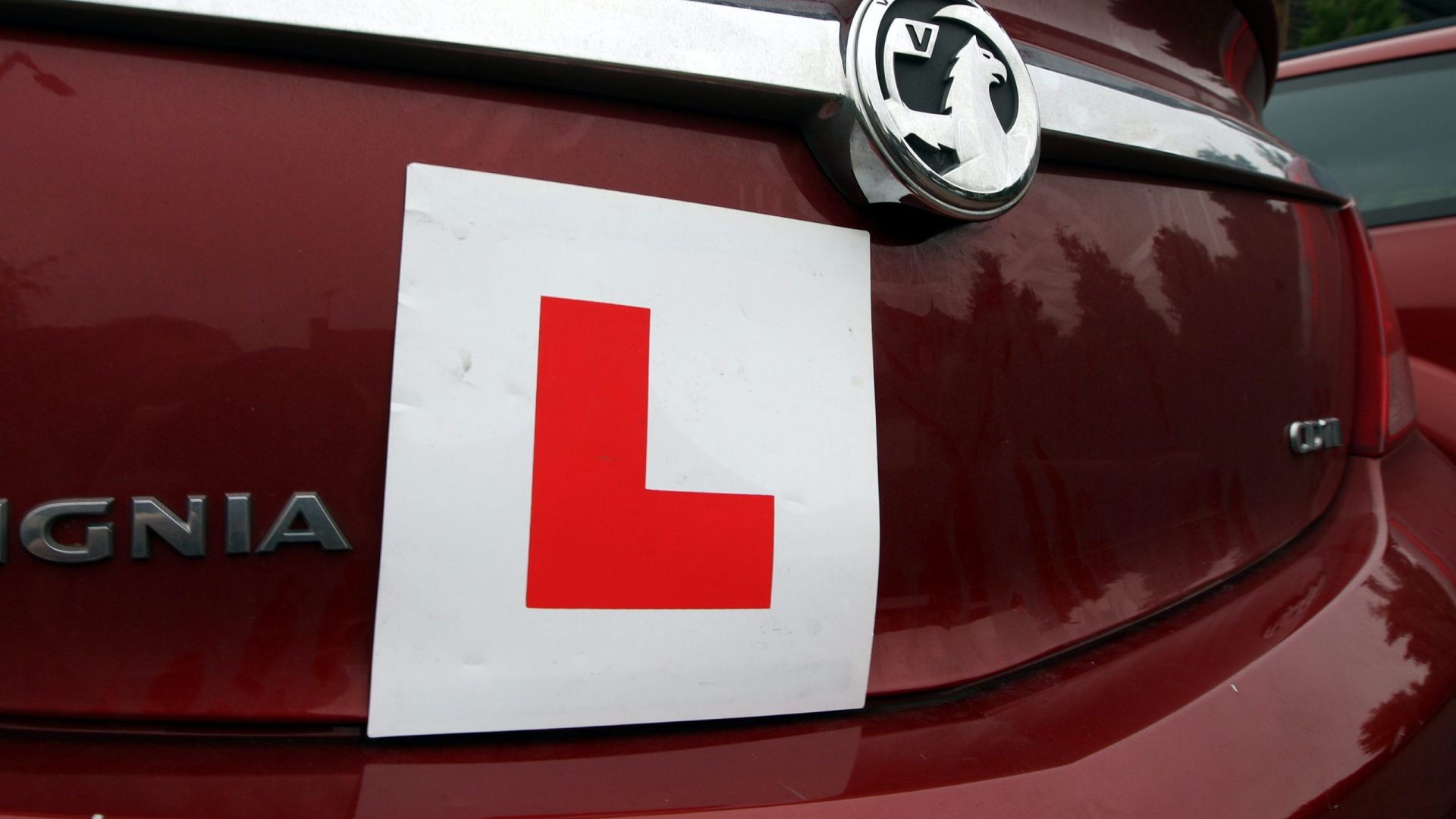 Driving tests to resume this week

Learner drivers taking tests when they resume this week have admitted feeling ‘rusty’ behind the wheel.

No non-emergency tests have been permitted in the UK since early January due to the coronavirus pandemic. They restart in England and Wales on Thursday, in Northern Ireland on Friday, and in Scotland on May 6 at the earliest.

One learner, Jade Bone, 24, from Southampton, said she is ‘quite anxious’ after going more than three months without driving due to the ban on lessons, which was only lifted in England last week.

Healthy, young volunteers who have previously had Covid-19 will be deliberately exposed to the virus for a second time to see how the immune system reacts as part of a new UK study.

Researchers at the University of Oxford have launched what is known as a ‘human challenge’ trial to look at what happens when someone who has recovered from Covid-19 is then re-exposed to the virus.

They will aim to determine what dose of virus is needed to re-infect after natural infection, how the immune system responds, and what this may mean for developing protective immunity against the disease in 18-30 year olds.

Children to share hopes for post-pandemic future in survey

Millions of children across England will be given the chance to share their hopes for a post-pandemic future in a landmark review.

The new children’s commissioner for England, Dame Rachel de Souza, has launched The Big Ask – the biggest ever consultation with children undertaken in England.

The results will inform a review which aims to identify the barriers preventing children from reaching their full potential, propose solutions and set targets to monitor improvements. It is inspired by the ambition of William Beveridge’s report in the 1940s, which laid the foundations of the country’s welfare state.

A long-anticipated travel bubble between Australia and New Zealand has been opened.

It marked the first, tentative steps toward what both countries hope will become a gradual reopening to the rest of the world.

The idea of a bubble between Australia and New Zealand had been talked about for months but faced setbacks because of several small virus outbreaks in both countries, which were eventually stamped out.

Foreign registration scheme to be unveiled to tackle spies

Britain plans to force those working for foreign governments to sign a central register in a bid to counter hostile spy activity, the Home Office has confirmed.

Boris Johnson, according to the Times, is looking to formally announce the proposal in the Queen’s Speech next month, making it a criminal offence not to declare work in the UK on behalf of a foreign government.

The newspaper said the foreign agent registration scheme is part of the Prime Minister’s ambitions to strengthen powers to evict and prosecute spies operating in Britain for hostile states such as Russia and China.

The Home Secretary will call for tech companies to ‘live up to their moral duty’ and do more to safeguard children in a roundtable discussion about end-to-end message encryption.

The National Society for the Prevention of Cruelty to Children (NSPCC) says that private messaging is the ‘frontline of child sexual abuse online’.

At a virtual event hosted by the NSPCC today, Priti Patel will urge tech companies to ‘take the safety of children as seriously as they do the business of selling advertising, phones and online games’.

Football clubs reportedly wanting to join a European Super League ‘must answer to their fans’ before going ahead with the ‘very damaging’ change, the Prime Minister has said.

According to reports, Manchester United, Liverpool, Arsenal, Chelsea, Tottenham and Manchester City have signed up to the plan, and will be joined by teams from Italy and Spain.

The brothers’ petrol forecourt business EG Group has secured more than 70 restaurants across the UK and Europe.

In a statement issued yesterday, EG Group said the deal – worth £100m according to the Financial Times – is part of ‘significant growth in its non-fuel and food service operations’.

Car Dealer weekend headlines you may have missed:

Football fans have spoken of the ‘surreal’ atmosphere while watching a game at Wembley Stadium yesterday as part of a government programme to ensure the safe return of live entertainment.

An audience of 4,000 were present at the ground in north-west London to witness the FA Cup semi-final between Leicester City and Southampton.

It comes as part of a large research project looking at how audiences can safely attend venues again. Spectators had to test negative for coronavirus in a lateral flow test – supervised where possible – taken in the previous 36 hours and were also asked to conduct a PCR coronavirus swab test.

Restaurant and pub bosses are urging the government to commit to a reopening of indoor hospitality in England on May 17 and not let plans be ‘derailed’ by talks of vaccine passports.

Chief executives from big chains including JD Wetherspoon, Young’s, Greene King and Pizza Hut have signed a letter to the Prime Minister calling for the road map out of lockdown to go ahead as planned and for coronavirus restrictions to be fully lifted from June 21.

Last week pubs and restaurants reopened in England for outdoor hospitality, but the 38 signatories warned around two-thirds were not able to do so and ‘none is breaking even’.

Spring home buyers are facing the highest ever prices demanded by sellers, with the average price tag on a home having jumped by nearly £7,000 in the space of a month.

Across Britain, the increase of £6,733 or 2.1 per cent month-on-month pushed average seller asking prices to a new record high of £327,797 in April, Rightmove said.

This was more than £4,000 higher than a previous record set last October.

Home buyers with deposits as low as five per cent will find more deals available from today, as a new UK government-backed mortgage scheme gets under way.

Several of Britain’s biggest mortgage lenders are turning on the taps to boost the supply of low deposit home loans, under an initiative unveiled in the Budget.

Lloyds, Santander, Barclays, HSBC UK and NatWest will be among the first to launch mortgages under the scheme, with Virgin Money following next month.

The BBC says any fog and cloud will clear today to leave a sunny day for most with the odd patch of cloud later on. Northwest Scotland and Northern Ireland will be cloudier with outbreaks of rain.

Tonight, rain in the northwest will spread further east at times into northern Scotland. Further south will be dry with clear spells and patchy cloud, but mist and fog will spread into eastern areas.

It will turn cloudier for most tomorrow. Light rain will continue spreading east across Scotland and Northern Ireland, clearing later. England and Wales may see a few outbreaks of light rain at times too.