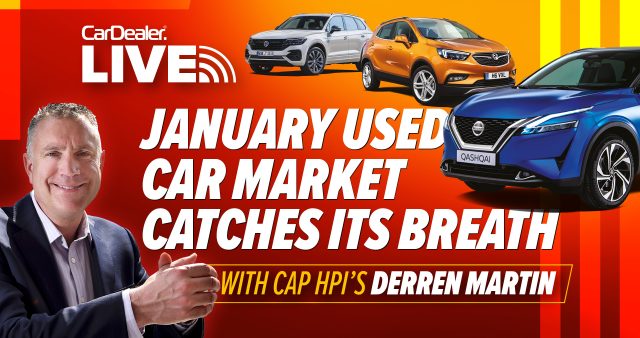 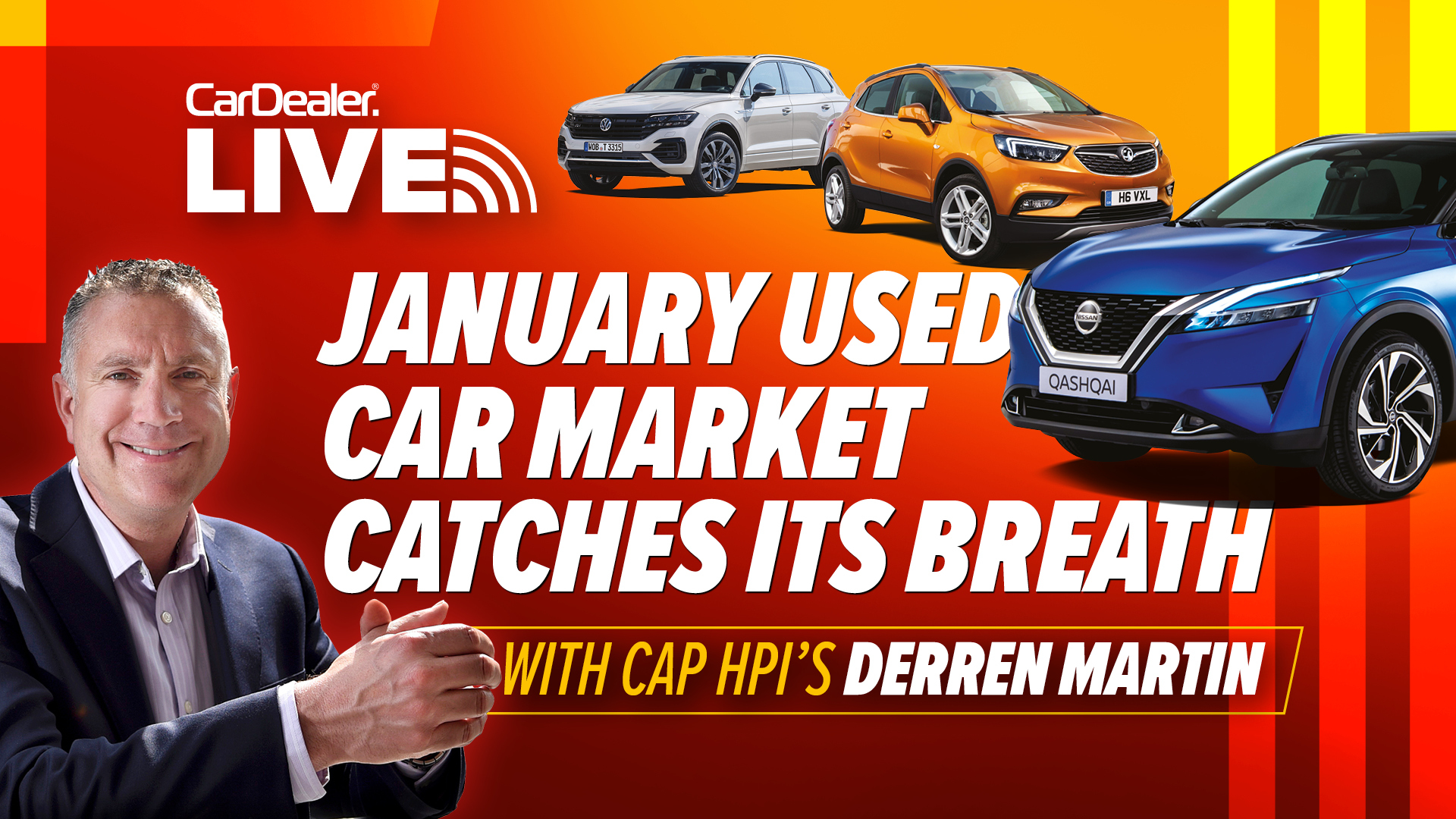 Overall, values for cars at three years/60,000 miles neither rose nor fell during the month.

January’s figures come on top of 1.4 and 1.2 per cent drops respectively in December and November 2021, Cap HPI told Car Dealer.

It means the used car market is still performing very strongly and the momentum gained by the 27.6 per cent cumulative price increase seen last year is carrying through into 2022.

That momentum, and 2021 being an unprecedented year for used car values, means the next 12 months are shaping up to be ‘interesting’.

Speaking to Car Dealer Live (in the video which you can watch at the top of this story), Cap HPI director of valuations Derren Martin said: ‘We’ll quickly forget about what happened last year because this year is going to be just as interesting.

‘The price rises that happened last year have been well documented – up by nearly 30 per cent on average and some cars were up by 50 to 60 per cent.

‘We’ve come into January off the back of a few difficult months compared to the rest of the year, and the first few days were disappointing for dealers – the activity wasn’t necessarily there.

‘There was a little concern this would be a continued trend, but we’ve definitely seen it improve as the month has gone on.’

Overall, said Martin, January was a ‘reasonable’ month for dealers.

‘It hasn’t been on fire, but thankfully Omicron wasn’t as bad as people had expected, and dealers have been able to replenish stocks to a degree.’

While values neither rose nor fell in January, that headline figure is only half the story, said Martin.

‘We put up some values and put some down,’ he said. ‘Cars like the Audi Q5, BMW X1, Vauxhall Grandland X and Nissan Qashqai have been under pressure and have come down, while the Vauxhall Mokka, Volkswagen T-Cross and Touareg have gone up – it is very mixed.’

Martin also revealed that older cars were performing better than their newer counterparts.

‘January is probably more interesting than when everything was going up last year, because it feels like we’re catching our breath and seeing where the market is going to go this year.’

Looking ahead to the rest of the year, Martin remarked that the 50-to-60 per cent price increases seen during 2021 won’t be seen this year.

However, due to industry pressures such as the shortage of new cars, values should remain strong and stable.