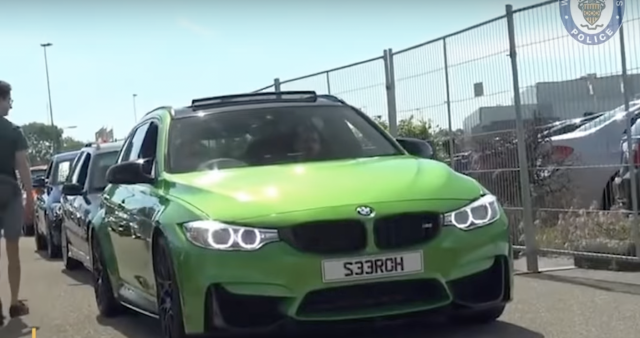 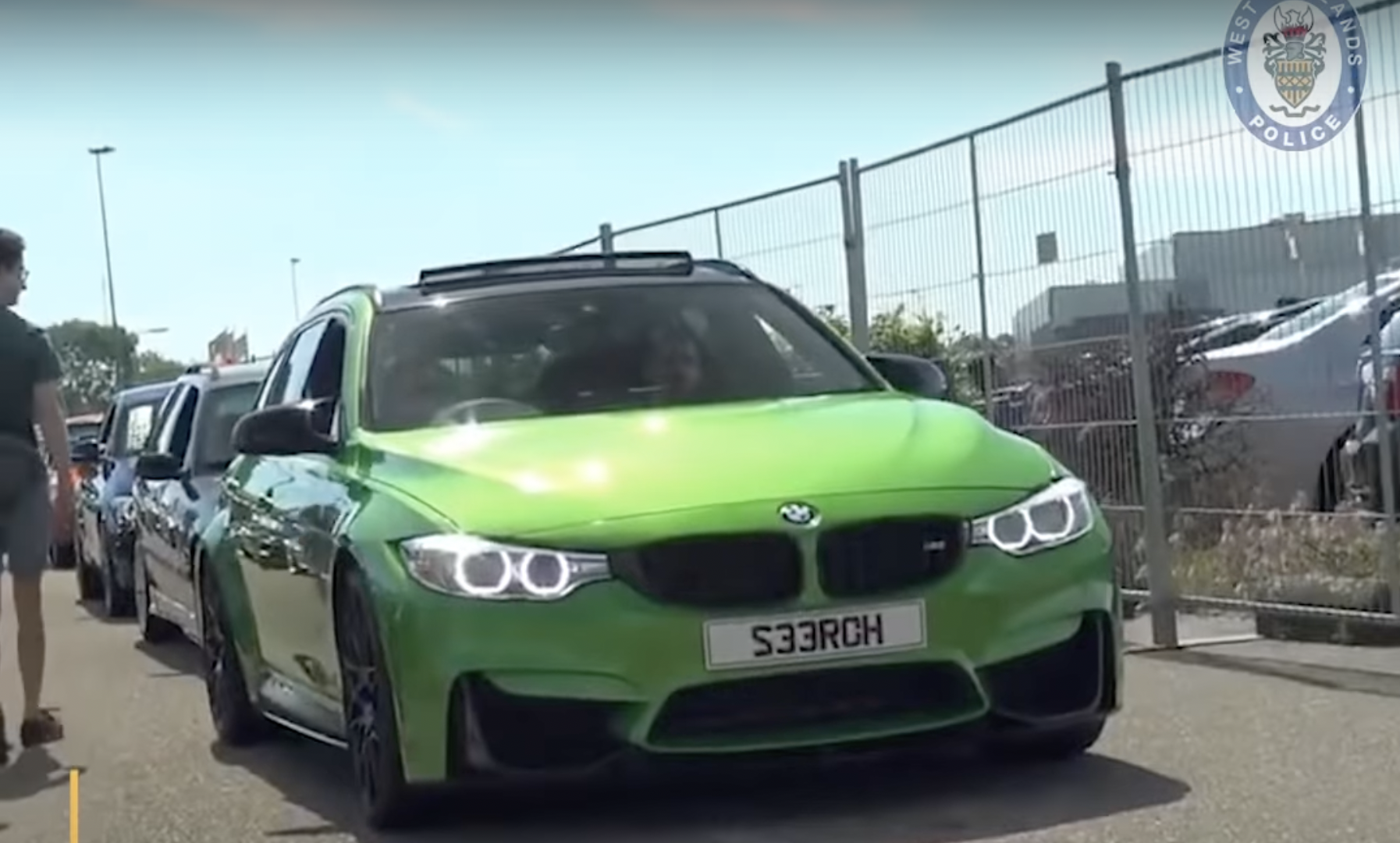 Police have crushed an award-winning BMW after discovering it had been bodged together using at least four different cars.

Investigations by officers in the midlands found that at least two of the vehicles used had been stolen from local dealerships.

A team of fraudsters had used the parts to create their very own ‘cut and shut’ M3, which police described as a ‘death trap’.

The bright green vehicle was so convincing that it even won a prize at a car show in Germany which was streamed on Youtube.

Parts were traced to one BMW M3 stolen on September 30, 2019 from a car showroom in All Saints, Wolverhampton.

Meanwhile parts were also found to have come from another M3, stolen from a dealership in Sutton Coldfield in March 2018.

Two estate vehicles had been used to create the main body and the panoramic roof.

Police suspicions were raised when they saw it driving on the Birmingham ring road.

A search of its plates showed they did not match the model and the car was subsequently seized.

The dud has now been crushed at a specialist scrapyard and officers are warning buyers to be careful when buying used cars. 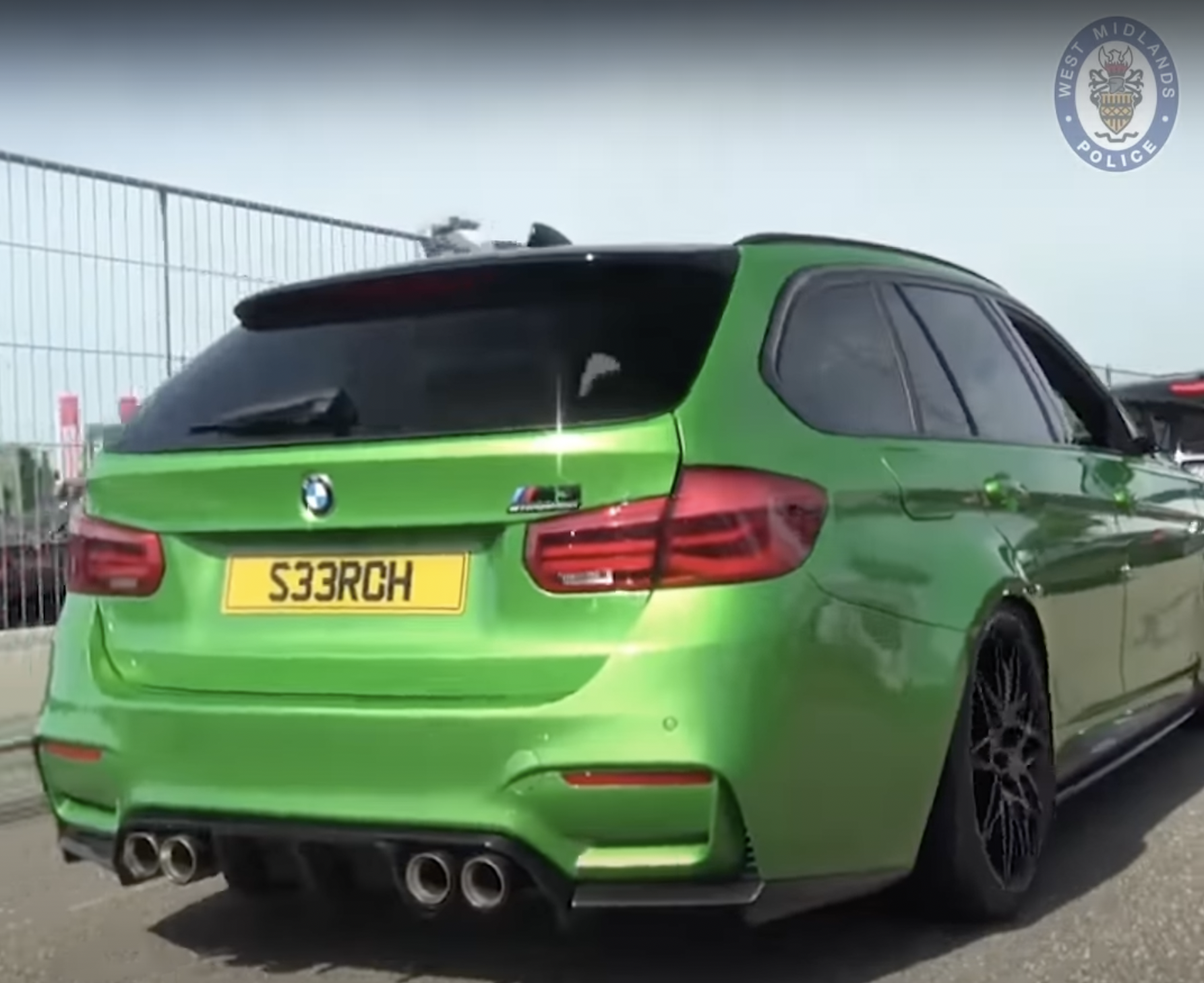 PC Mark Wheaver from the Central Motorway Police Group (CMPG) said: ‘This should act as a striking reminder that cars may not be what they seem.

‘You might think you’re buying a bargain but it could be a death-trap that cost your life as well as thousands of pounds.

‘This BMW looked great on the outside, you can’t fault the paint job, but scratch beneath the veneer and it was just tag welded and structurally unsafe. A coat of paint won’t save your life in a collision.

‘Whoever had bodged this car together had gone to significant lengths to try and hide its true identity. Numbers had been ground off and stickers removed but we have expert vehicle examiners who use techniques to overcome these obstacles.

‘Our CMPG is training increasing numbers of officers to examine cars we stop to identify if they are cloned or feature stolen parts.

‘They are patrolling the region, stopping and checking any modified vehicles for insurance and stolen parts, and any we find will face the same fate as this M3 show car.’

The discovery that the car was a dangerous fake is said to have stunned its owners, who have been left out of pocket by the scam. 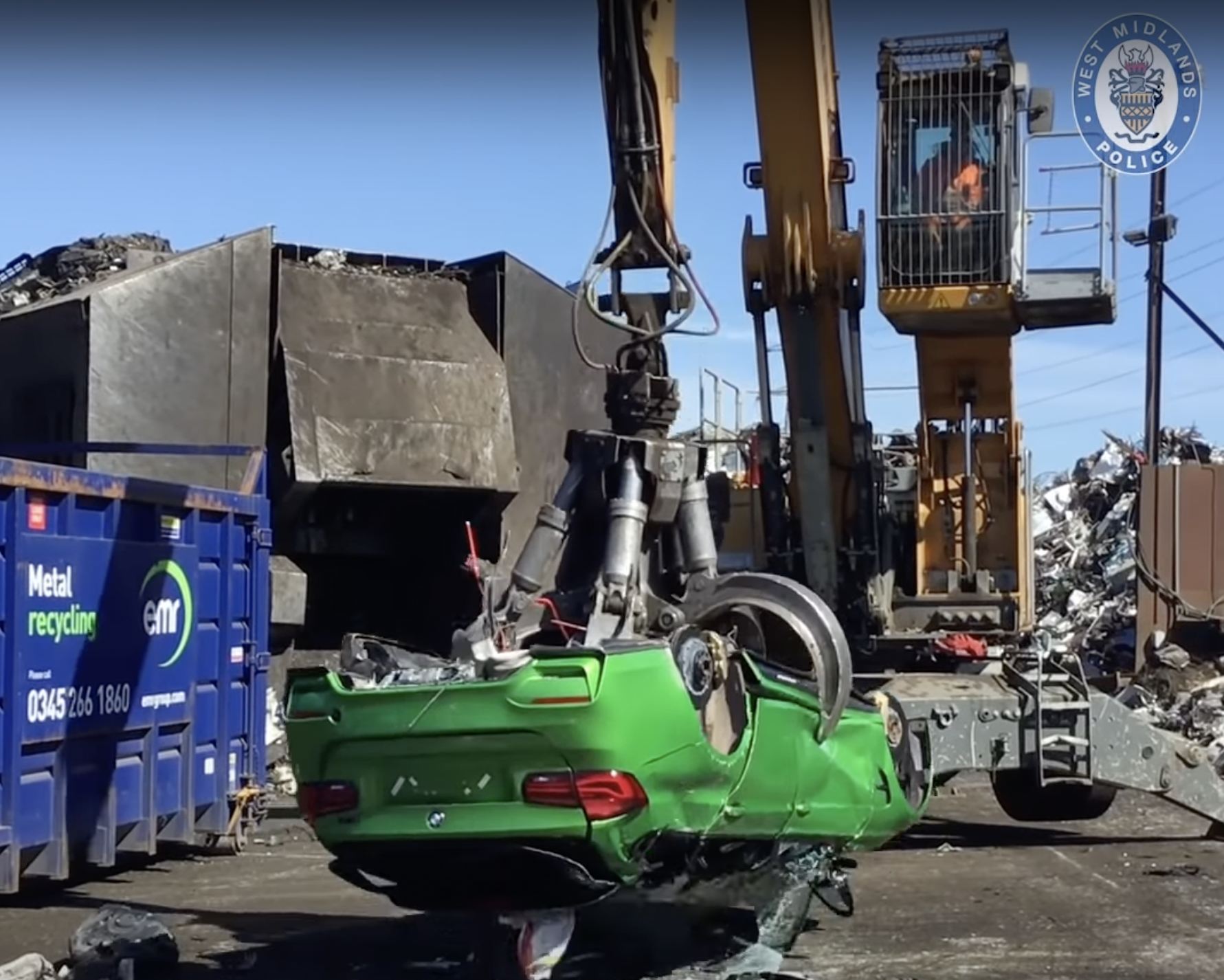 Boyd Howells, a police specialist vehicle examiner, said: ‘These buyers don’t get their money back.

‘We seize the vehicle as it’s illegal and unsafe – and I’m pretty sure criminal gangs selling such vehicles don’t offer compensation!

‘That’s why it’s really important car buyers are switched on to the signs a car could be dodgy.

‘One of the most important messages to still remember is ‘if it looks too good to be true, it probably is’. Ask yourself why is such a good looking car such an attractive price?

‘I recommend buying cars from main dealers or approved used car stockists. But if you are buying from an independent dealer pay a deposit or minimum of £100 on a credit card as it offers protection. If they refuse credit cards that should be a red flag.

‘Always inspect the car first – and if you’re not great with cars take along a friend who is, perhaps your regular mechanic.

‘You could also pay for an HPI check against the vehicle but these should only ever be used as a guide and are not advertised as 100 per cent accurate.’

The post Police crush BMW that was botched together by criminals using four cars – including two that had been stolen from dealerships appeared first on Car Dealer Magazine.