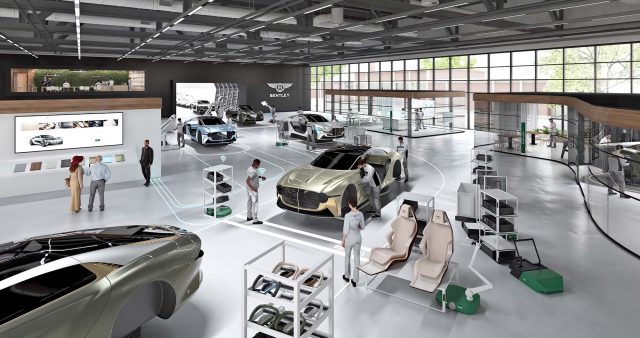 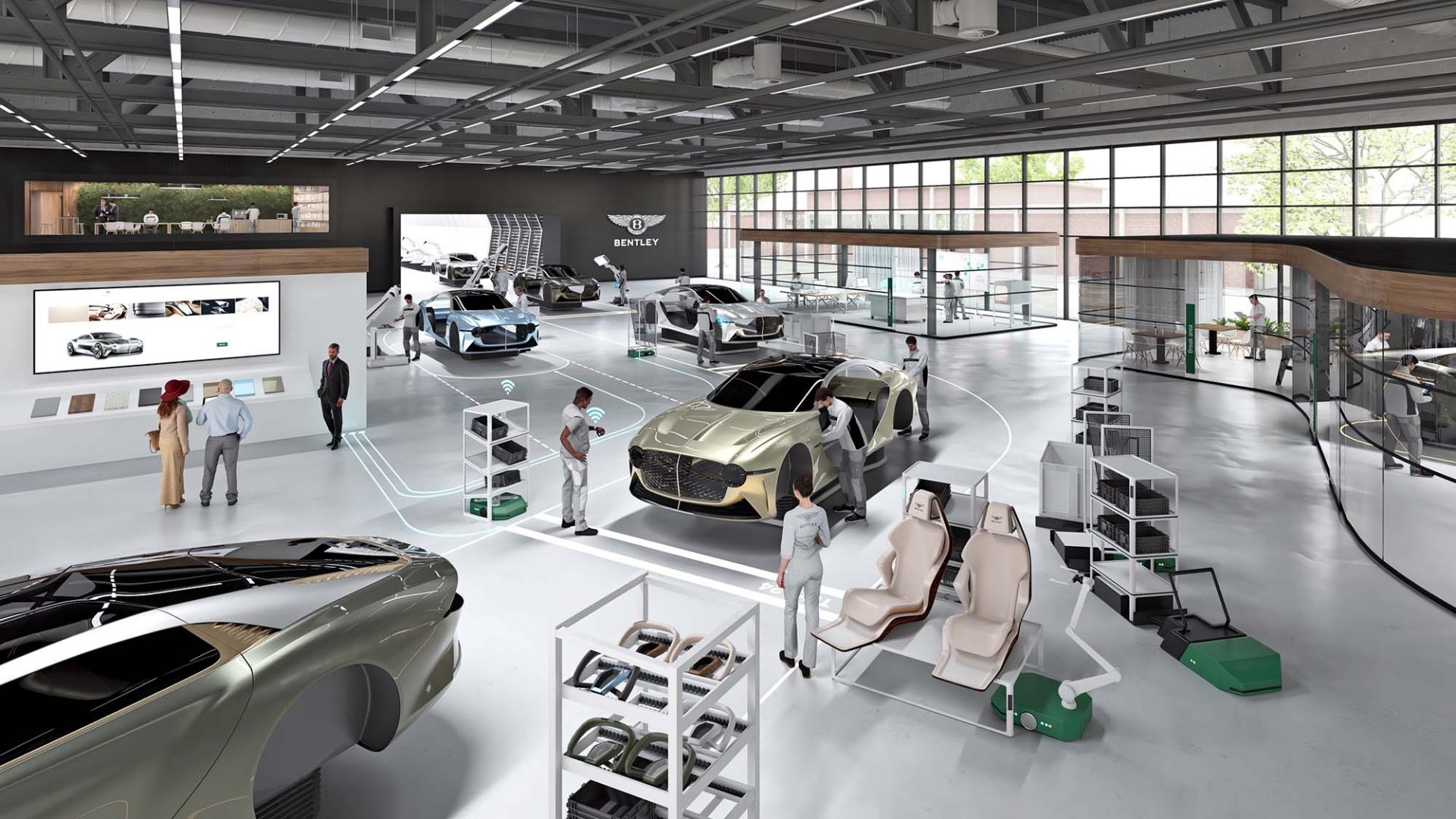 Bentley is to build its first pure-electric vehicle at its Crewe base in what the luxury carmaker is calling a £2.5bn commitment to sustainability over the next 10 years.

The battery-powered electric vehicle is scheduled to roll off the production line in 2025, the VW-owned company said today (Jan 26).

Its multi-billion-pound investment will involve the ‘complete transformation’ of its plant to build electric cars.

The company, which dates back to 1919, hasn’t revealed any details about the BEV model, although it did release an artist’s impression, pictured above.

Its Beyond100 strategy to make exclusively electric vehicles and become carbon-neutral by 2030 was unveiled in 2020.

Chief executive Adrian Hallmark described securing production of the vehicle in Crewe as ‘a milestone moment for Bentley and the UK’ that will enable a ‘long-term sustainable future’ in the Cheshire town.

He added: ‘Beyond100 is the boldest plan in Bentley’s illustrious history, and in the luxury segment.

‘It’s an ambitious and credible road map to carbon-neutrality of our total business system, including the shift to 100 per cent BEV in just eight years.

‘Our aim is to become the benchmark not just for luxury cars or sustainable credentials but the entire scope of our operations.’

Figures from the Society of Motor Manufacturers and Traders show plug-in vehicles accounted for more than one in six new cars registered in the UK last year.

Sales of new petrol and diesel cars and vans will be banned from 2030.

Peter Bosch, board member for manufacturing at Bentley Motors, said: ‘We are already marking the pinnacle in luxury car production and have already transformed our factory to become carbon-neutral, with industry-leading environmental credentials.

‘With our new ‘‘Dream Factory’’ concept, we now go to zero also with water, waste and other environmental impacts until 2030.

‘Unique craftsmanship, customer interaction and employee experience will be enhanced by digital tech, higher flexibility and new ways of personalisation.

‘We will develop the best of Crewe into the future benchmark of luxury car manufacturing.’

The post ‘Milestone moment’ as Bentley announces its first pure-electric car will be made in UK appeared first on Car Dealer Magazine.