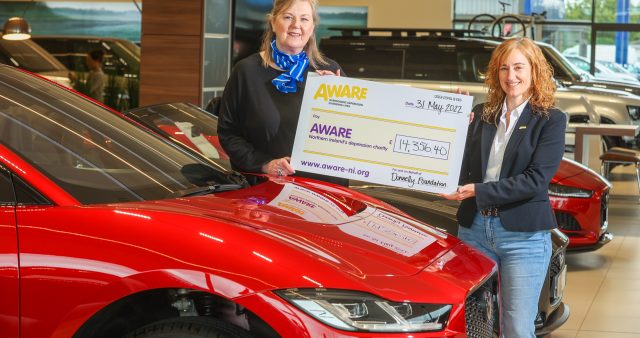 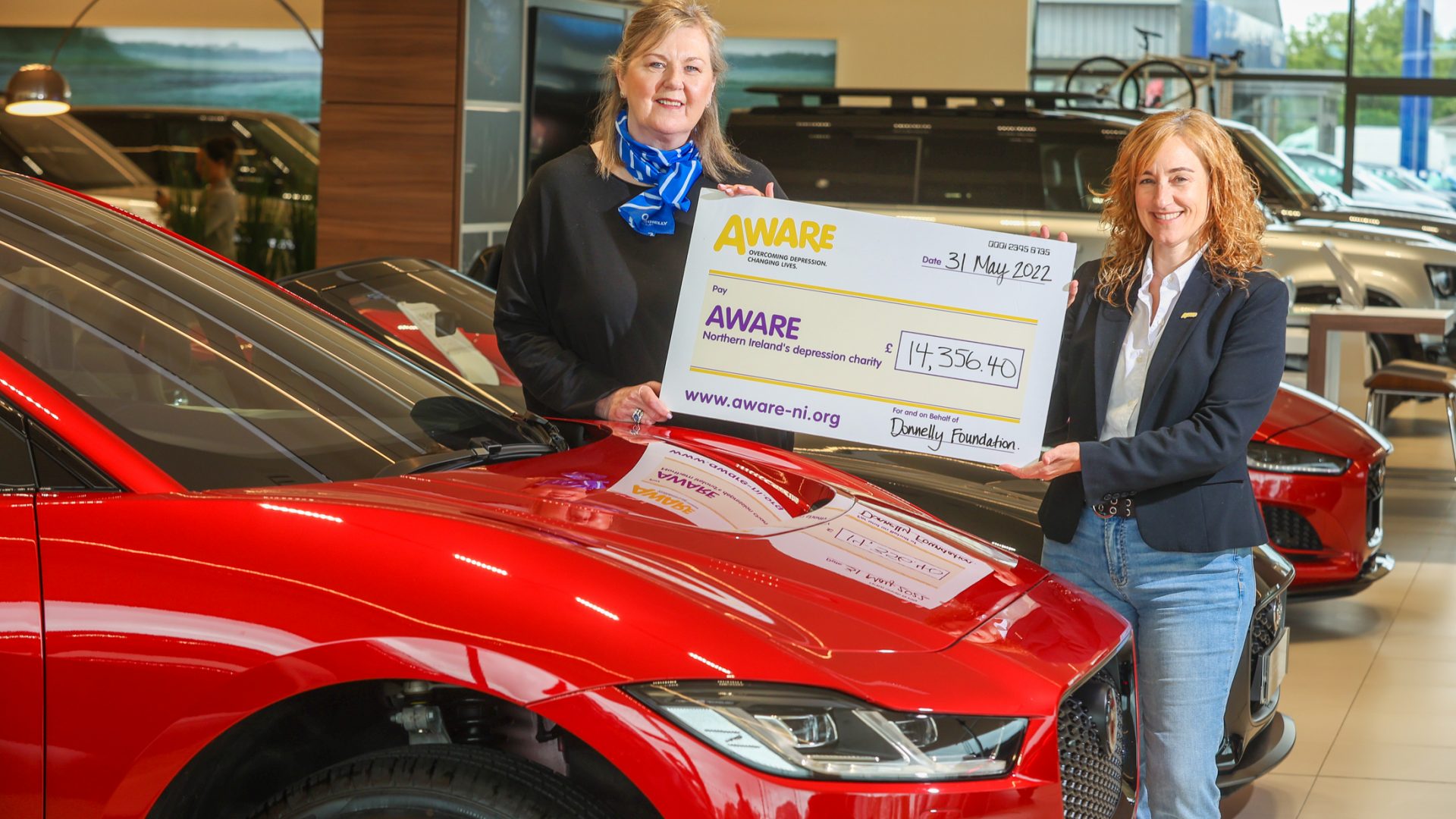 The Derry-based organisation has spent the last year as the dealer group’s charity partner, a deal that is now coming to an end.

The partnership has seen Donnelly Group, Northern Ireland’s largest independently owned motor retailer, host a number of fundraisers over the past 12 months

Events included a dragon boat race along the River Lagan and a golf day community event with support from local businesses.

Now, with the partnership coming to an end, the dealer group has announced that a total of £14,356.40 has been raised.

The funds will go towards helping those struggling with mental health issues across Northern Ireland.

Roisin Donnelly, spokesperson for the Donnelly Group Foundation, said: ‘As a local company that employs people from all across Northern Ireland, we are committed to making a positive impact in the communities in which our staff work and live.

‘Aware was the charity partner of choice as voted for by employees from across our nine locations, so it has been wonderful to see them show such enthusiasm for the partnership and get involved right from the beginning, with our fundraisers always seeing a fantastic turnout of support from the Donnelly Group team along with their friends and family.

‘As our partnership with Aware draws to an end, as a team we have been able to reflect on how it has helped us boost our own mental health throughout the year, such as through our Sunset Climb to mark Mental Health Awareness Week, and our Mood Walk at Parkanaur Forest Park.’

It also operates education programmes for schools and businesses and has an established network of 23 support groups.

Lisa Abell-Farrelly, corporate partnership officer, at the charity, said: ‘Poor mental health can affect people from all walks of life and in many cases, the work we do is lifesaving, but it is only possible through the substantial help of organisations such as the Donnelly Group.

‘The money raised throughout the course of our charity partnership will significantly help people across Northern Ireland who rely on our services to maintain positive mental health.

‘We would like to extend a huge thank-you to the team at Donnelly Group for their generous donation. It has been a pleasure working together as its charity partner over the past year.’